Brewer’s Yeast VS Nutritional Yeast. Brewer’s yeast is an essential ingredient that is largely used in the preparation of bread and beer. It has better taste and color. It is prepared from Saccharomyces cerevisiae, which is also called a fungus. Brewer’s yeast is also a good part of nutritional supplements. It is a source of vitamin B and has plenty of chromium that maintain blood sugar. Brewer’s yeast is understood as a probiotic and is wielded for aiding digestion. Nutritional yeast is famous because it is generally used in food products and cooking. It is a source of vitamins, minerals, proteins, and antioxidants. It has proved by health research that it has a large number of health benefits and also supportive to save the human system from many health issues like cholesterol, and radical damage. 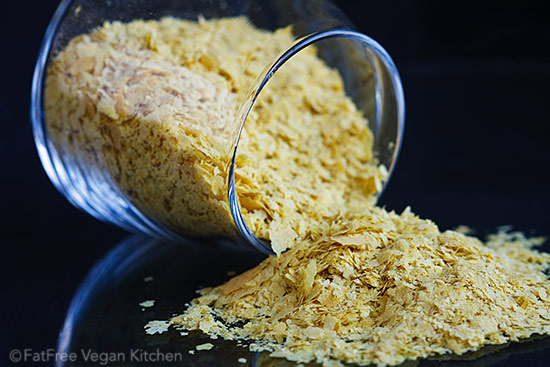 What is the function Of brewer’s yeast?

Brewer’s yeast possessed a small organism that is supportive of the proper digestive system. It is a nutrition supplement and boosts up energy level by giving power to immunity because it has plenty of chromium, magnesium, selenium, potassium, iron, zinc. In addition, it is a good source of vitamin B that supplies pantothenic acid (B-5), thiamine (B-1), niacin (B-3), folic acid (B-9).

What are the advantages of brewer’s yeast?

Brewer’s yeast has a lot of benefits that work out to functional different systems of the body and gives them strength. It is perfect for the digestive system and saves from diarrhea and also utilized for the treatment of another digestive issue like lactose intolerance, traveler’s diarrhea, diarrhea caused by antibiotics, clostridium difficile colitis. Brewer’s yeast is also helpful to produce energy and helps to give healthy skin, thick hair, healthy eyes, and mouth. Brewer’s yeast also beneficail for the digestive and immune system. It also controls the sugar level in the human body and improves glucose levels for diabetes patients.

Side Effects Of brewer’s yeast:

It is necessary to consult your health consultant before taking brewer’s yeast. Although it has minor side effects like bloating, vomiting, a headache that can beat up with a minor medication. In case of a serious condition, do not use brewer’s yeast, and instantly see a doctor.

Brewer’s yeast is available in the form of powder, liquid, tablets, and flakes. It is also added in the preparation of bread and beer. It is simple to take, it can be mixed up in water, food, and juice.
Warning about Brewer’s yeast:
It is important to see your consultant before taking Brewer’s yeast supplement. It is must be used in a little quantity at the initial stage and in case of any side effects, immediately stop taking it. It is necessary to have a proper consultation with your doctor in the condition of certain diseases.

What is Nutritional Yeast?

Nutritional yeast is famous because it is generally used in food products and very cooking. It is a source of vitamins, minerals, proteins, and antioxidants. It has proved by health research that it has a large number of health benefits and also supportive to save the human system from many health issues like cholesterol, and radical damage. Nutritional yeast is a specific yeast that is also called Saccharomyces cerevisiae and it is also frequently used in the preparation of beer and bread. Its different means of production are following,
Baker’s yeast:
Baker’s yeast is bought alive and utilized to leaven bread and yeast are killed in the duration of cooking by adding different flavors for better taste.
Nutritional yeast:
It is not purchased and generally grown in order to use in food products. The yeast cell is killed in the manufacturing process and does not remain alive till reaching in products. It is frequently used in food for giving them a better cheesy, saucy, and nutty flavor. This yeast is deactivated by heat, washed, harvested, and crushed for dividing.

There are two main types of nutritional yeast that re following,

This type of nutritional yeast has not additional vitamins and minerals. It possesses only natural minerals and vitamins. Synthetic vitamins have been added to nutritional yeast in the process of manufacturing in order to boost up nutrient contents. It is available in the form of flakes, powder, and bulk bins of healthy food stores. 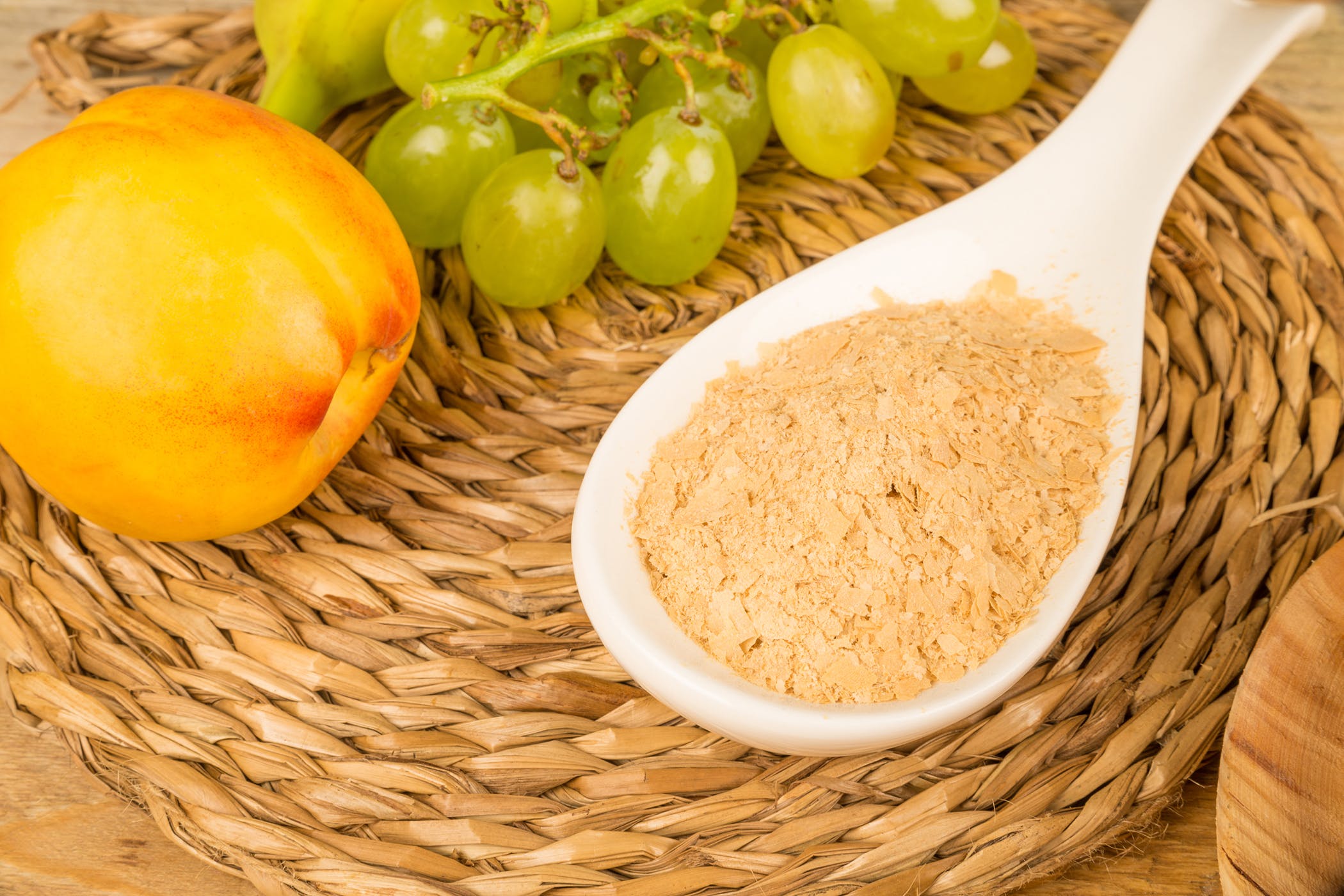 Nutritional Yeast has many health benefits as it has more than 9 amino acids that are essential for the human system. It is a good source of protein and vitamin B as well as minerals which are healthy to use and makes daily diet full of minerals that fulfill the deficiency proteins and makes the human system and immune system healthy. It is also good for people who are weight conscious as it is low calorie and rich with fiber that is good for digestive and stomach issues.

Side Effect Of Nutritional Yeast:

Although Nutritional Yeast has many health benefits and it is a rich source of vitamins and minerals that maintain the human internal system yet it has several disadvantages and side-effect like it may be the cause of bad breath and digestive issue. It may because of headaches and facial flushing. It may because of Inflammatory Bowel Disease. Hence it is necessary to consult your doctor before taking it and stops it in case of any serious problem. It is also used in little quantity at the initial level. As it has a large stock of vitamin B and it is hard to take it overdosing.

In short, it is remarked that Brewer’s yeast and Nutritional yeast are used in the form of supplements that are a treasure of different minerals and vitamins that are essential for maintaining body function and controls blood sugar that’s the way it is perfect for patients with diabetes. It is mostly used in the preparation of bread and beer. 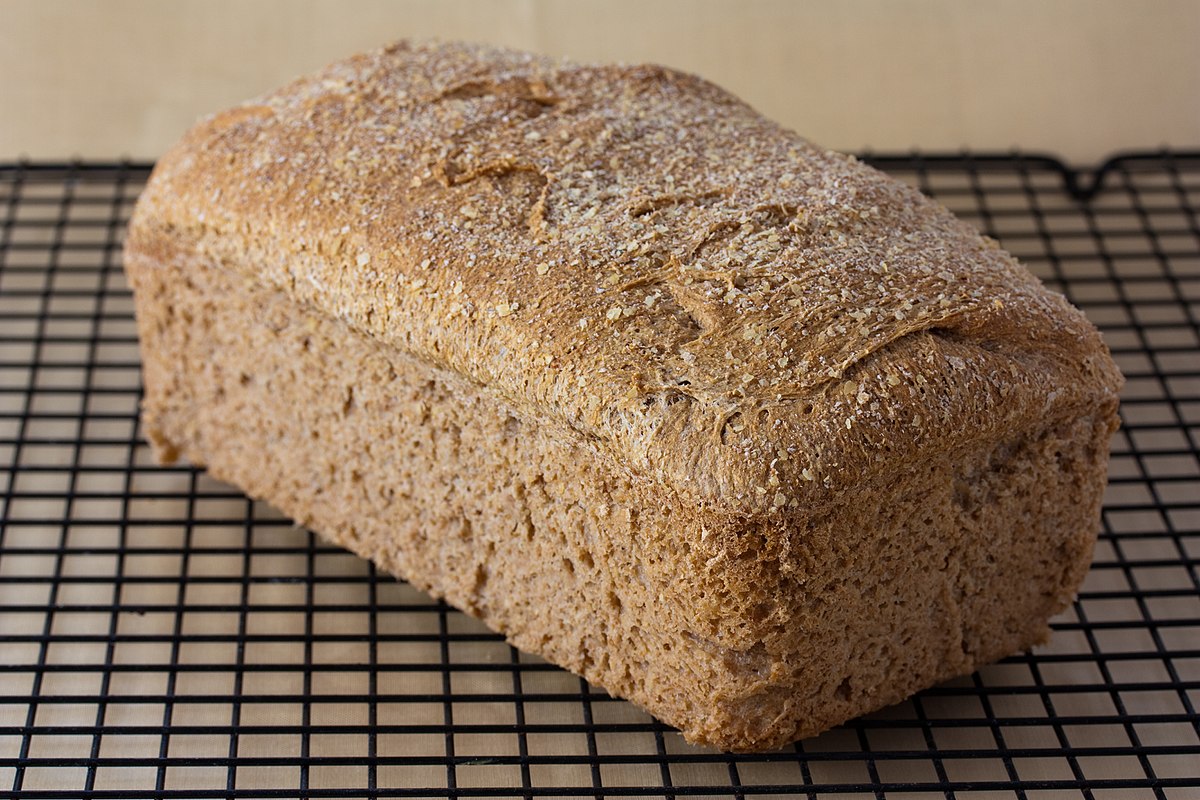