Castor Oil For Eyebrow. Castor oil is extracted from castor seeds. It has many benefits and usages as it is used in beauty products and also good for eyelashes, eyebrow, and hair. It has proved by research that it is used for centuries for skin, beauty, and various ailments. It is also frequently used for the healing of bacterial and fungal infections. It is also excellent for skin moisturizing and the best treatment for dry skin and sun burning. As far as hair is concerned, castor oil is a great friend of hair and eyebrows as well as eyelashes and plays a vital role in their good growth. Most people use castor oil for thicker and lustrous eyelashes and eyebrows. 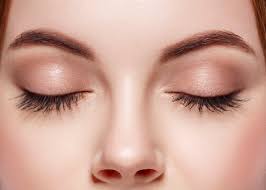 Use of Castor Oil For Eyebrow:

The crucial two kinds of castor oil are used for thick eyebrows. First is clear and the second is Jamaican black castor oil that is extracted from roasted castor seeds. But no doubt both contain the same particles and characteristics that are extremely helpful for the good growth of hair. So be careful before choosing castor oil that it should be only castor oil and avoid selecting the product that is a blend or mixture of more than one oil because it is not resulted in the desired aims and sometimes cause irritation and other side effects.

How To Apply Castor Oil On Eyebrows?

A patch test is necessary before using castor oil on eyebrow because all people have a different skin type that means it is not suitable for everyone and hare is a simple way to test it by the patch test so take a few drops of castor oil and apply it underarms, then leave it for the whole day and in case of symptoms appearance like redness, swelling, avoid to use it on the face but if you have not any reaction of patch test so it can be applied on the face for lustrous eyebrows. Set a routine and a specific time in a day to use castor oil on the eyebrow on a daily basis. It is also good to apply at night before going to bed and cover the pillow with a towel to avoid oil stains on it. It is better to wash the face and remove makes up before using it on the eyebrows. Always use a cotton swamp to apply castor oil on the eyebrow.

A slight massage on the eyebrows with castor oil is authentic for desired results. It is necessary to care while an application that oil does not come near the eyes and if it comes to wash it instantly. In the morning time, wash or remove castor oil with water or moisture.