Horizontal Ridges on Nails. Fingernails are a showcase of health because growth, color, and state of nails demonstrate how healthy you are because it shows a complete history of the good health and sickness of human health. For illustration, in case of deficiency of vitamins nails looks colorless and reshaped. It is a simple thing that fingernails expose health conditions. Furthermore, sickness of kidneys and thyroid problems instantly affect the condition of nails. Common changes that appear in the condition of nails are the appearance and demonstration of horizontal ridges on nails. It doesn’t need to appear due to fatal and serious health issues but also it sometimes comes due to deficiency of vitamins and lack of taking healthy foods.

Mostly Vertical ridges caused by growing age. Because it is a common sign that nails become reshaped due to overage growing particularly nails of those people who do not take healthy foods and growing age effect theirs on thier nails. Their nails become thick and lose their natural color and look bloodless and dead. They begin to split and thinner that looks lifeless and bloodless as well. Another condition of nail ridges appears in the form of dents on the nails. Some other causes and symptoms of nail ridges.

A major cause of discoloration of nails is splinter hemorrhage that is a tiny blood clot and works out under the nail skin and sometimes causes nail bleeding in case of bleeding it is necessary to see a dermatologist instantly. The medical disorder can also cause verticle ridges. The medical disorder leads to nail problems including trachyonychia, peripheral vascular disease, rheumatoid arthritis.

Beau’s lines are ridges on nails that horizontally runs across the fingernails that are mostly deep, and appears in a crossing way. These lines require proper and regular medication according to the health issues and health problems also cause of stopping nail growth. Beau’s lines generally appear due to kidney problems, and diabetes. It should be treated properly by your doctor. Another reason for Beau’s lines may be chemotherapy because it appears on the toenails of the people who are suffering from mumps or syphilis. It is necessary to see a doctor instantly to resolve issues otherwise it may cause a serious problem. Furthermore, Eczema and psoriasis can be the reason for nail ridges. 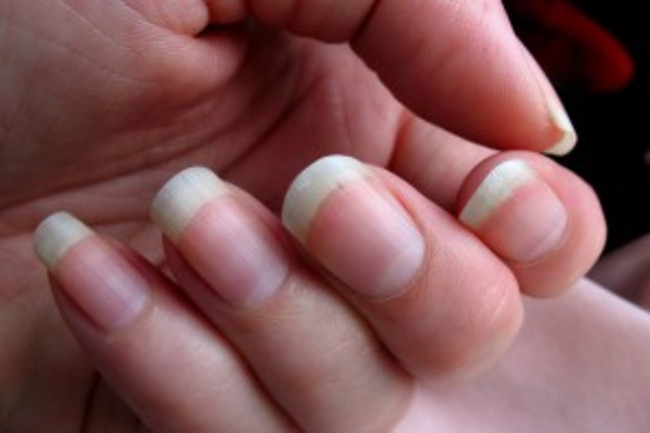 Digestive issues are the sole cause of many health issues because the whole body’s health is related to the heat of good immunity, digestion, and stomach health that affects the absorption of digestion and falls a bad impact on nails. It may show sick digestion in the form of split and thick discolored nails. Because when food doesn’t digest and absorbs in the body properly, may cause skin and nail sickness.

Bruising is a common way of the damage of nails that affect it badly. It is not only harmful to the shape of nails but also causes discoloration of nails. Injury may be the reason for the blockage of blood that changes its color into dark brown and dark purple that needs intensive care. It should be treated properly and keep it clean. It is better to treat it with a mustered oil with a drop of water and blend it after that it needs a cotton bandage and covers nail to save it from dirt and dust. It will be helpful to grow new nails in a month.

Diagnosis and Treatment Of Nails Ridges:

It is first and foremost advice that it should be treated instantly because sometimes it appears due to the deficiency of vitamins and sometimes its cause is serious health issues. However, it is not intense and mostly disappeared with the usage of a proper healthy diet. Generally, injuries do not need medication but it heals and comes in its real form after a short period of time but it needs care and cleanness. But if there is a serious condition and nails are going to go towards reshaped then it is generally recommended test to have a proper diagnosis so that it can be treated in a good way. Treatment of nail ridges depends on the nature of the condition of nails. It is generally recovered with using healthy food but if it may be a cause of other health issues then it needs to see a dermatologist. For illustration, if nail ridges appear due to eczema, so a doctor will try to control this health problem that ultimately recovers the health of nails. 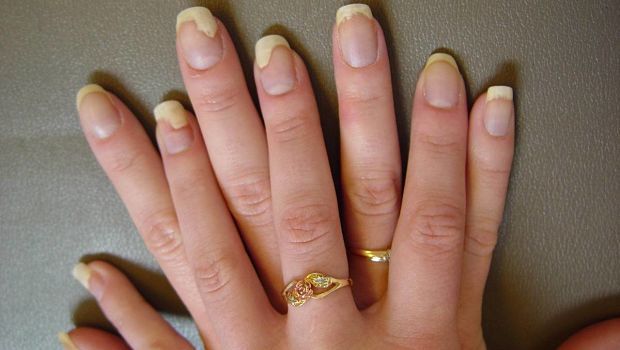 A simple tip that can resolve all health issues and keeps nails healthy and pink-colored is eating fresh fruits that are rich with vitamin C and phosphorus. These natural minerals and vitamins play a vital role in the treatment of all digestive, skin, and nail disorders. Therefore it is vital to choose vegetables and fruits according to the consultation of your doctor and use them regularly that will be very beneficial for the beauty and good growth of nails.

Use Of Nuts For Nails Health:

No doubt natural fruits and foods are [packed with complete health nutrition that plays an essential role in the good health of the interior and exterior body of human beings. Although all dry fruits and nuts have countless health benefits but almonds are a great source of zinc that gives a protective cover to nails and make them splitting free and shiny. Besides this, the use of cereals has plenty of proteins that maintain the color of nails. 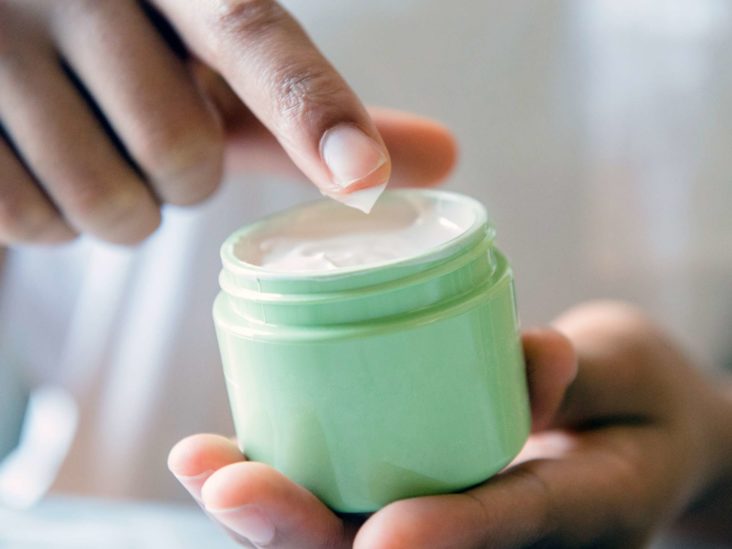 In short, it can be said that nails show the quality of health of everyone and it is necessary to maintain lifestyle by using healthy and minerals packed diet. But it should consult with your dermatologist in case of a serious condition. Cleanliness is a central aspect of health because most health issues produce due to the production of germs and the efficiency of healthy food hence it is the first rule of good health to eating fresh and healthy food and always try to keep clean nails. Do not make excessive use of cosmetics and nail paint because the ingredient of nail pain causes discoloration of nails and ridges. Especially at night time, try to use a slight massage of a lotion on nails and leave for the whole night that is necessary for nail growth improvement.